Growth in the air is leading to growth on the ground for Executive AirShare at its original base of operations. The nation’s third-largest fractional aircraft provider has broken ground on a new facility at Wichita’s Col. James Jabara Airport (AAO). It will provide greater efficiency for the company and its shareowners. Executive AirShare, founded in Read More

The Citation Jet Pilots Owner Pilot Association (CJP) Board of Directors is pleased to announce the appointment of Andrew Broom as the organization’s Executive Director. Broom’s appointment was approved during a board meeting on July 27th at EAA AirVenture in Oshkosh, Wisconsin. “A methodical search process and two months of interviews concluded in Oshkosh with Read More

Airtext™ solves the problem of staying connected electronically without the high cost of a traditional internet option. Send Solutions, LLC announced on June 24, 2016 the receipt of STC approval for the installation of the “Airtext” passenger Iridium Texting Systems on Textron Aviation Inc.’sCessna 750 (Citation X). Airtext allows up to 16 passengers the ability Read More

JetAVIVA, the world’s leading seller of light jets, announced May 3, 2016 that it has reached an agreement to acquire Kansas Aircraft Corporation (KAC), a highly-respected aviation sales firm based in the Kansas City metropolitan area. In the last year, the two organizations transacted over 120 aircraft, making the new alliance one of the largest Read More 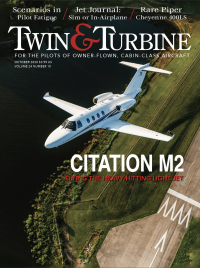